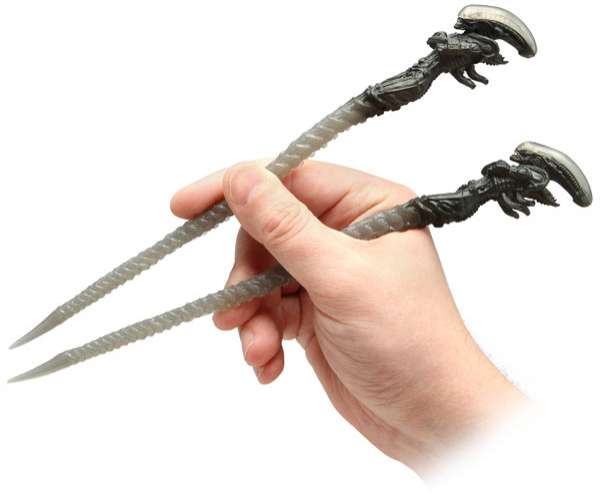 The 'Aliens Chopsticks' Will Grab Your Sushi and Never Let Go

Marina Rotharmel — July 25, 2012 — Art & Design
References: thinkgeek & technabob
If you're a fan of the Aliens movies and you love sushi, then you'll love these epic film-inspired 'Aliens Chopsticks.' These predator-style chopsticks are modeled after the three frightening Aliens creatures.

There's the 'FACEHUGGER,' set that looks exactly like the menacing creature that goes right for you face and never lets go. There's also the 'BIG CHAP' set which resembles the actual Alien creature. As well, there's the 'CHESTBURSTER' set, resembling the creature that will burst right out of your body.

Beside the fun film factor, these chopsticks are made to make gripping your sushi a little easier. These awesome chopsticks were designed by Think Geek.

Grab a set of these and you'll be a pro sushi eater before you know it.
2.8
Score
Popularity
Activity
Freshness