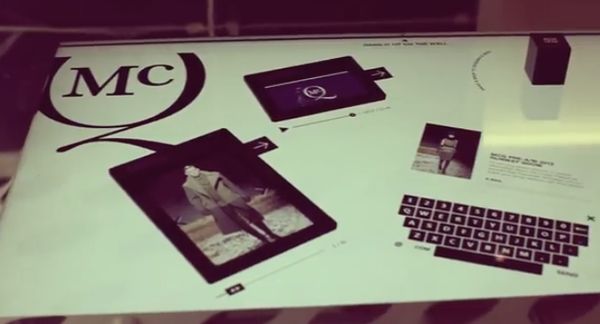 Jordy E — May 23, 2014 — Tech
References: alexandermcqueen & fashionotes
Share on Facebook Share on Twitter Share on LinkedIn Share on Pinterest
The Alexander McQueen Stikus Frame has been installed at the store's flagship location in London, England. The large touchscreen will allow shoppers to make use of varying digital services, merging fashion with online tools such as e-mail and the virtual formation of outfits.

By placing these touchscreens within the store, shoppers will benefit from a unique experience that will be hard to match elsewhere. Digital lookbooks and movies are featured, some of which juxtapose new collections with older ones, making for unique comparisons that would be difficult to put together if it weren't for the technology.

Shoppers can also take screen shots of their outfits via the store's mirrors that will then be sent to ones e-mail. Thus, if one is unsure about an ensemble, he/she can think over the potential purchase from home.
3.5
Score
Popularity
Activity
Freshness
Get Trend Hunter Dashboard