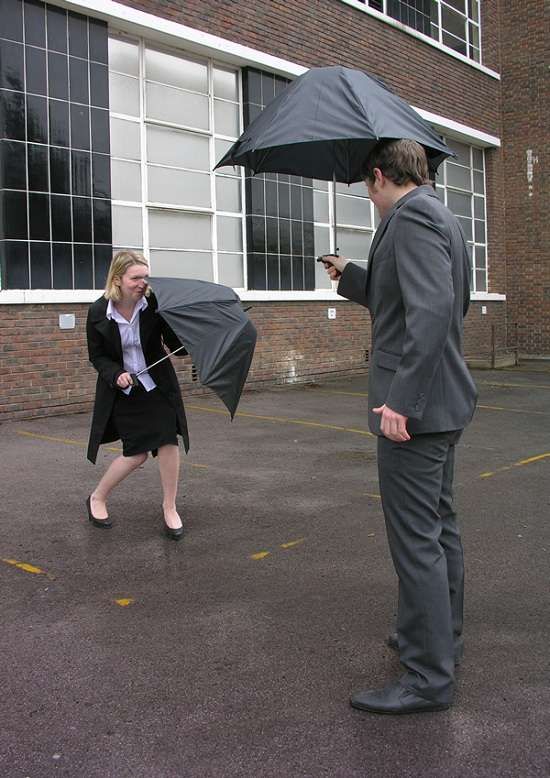 Alex Woolley Designs an Umbrella that Encourages Playing in the Rain

It's normally the handle of the umbrella that's designed in the form of a rifle or even a samurai sword; Alex Woolley has done the same thing with a handgun, but in a functional fashion. Don't worry, this little revolver doesn't actually fire bullets; instead, it's a water gun. The top is actually funneled so that it catches rain and forces it into the squirt gun. The way I see it, carrying this umbrella around during a thunderstorm will give you a never-ending supply of ammo.

Unfortunately, Alex Woolley's umbrella is only a concept. Hopefully it will come into fruition, because I'd buy this in a second.
1
Score
Popularity
Activity
Freshness
Jeremy Gutsche Keynote Speaker