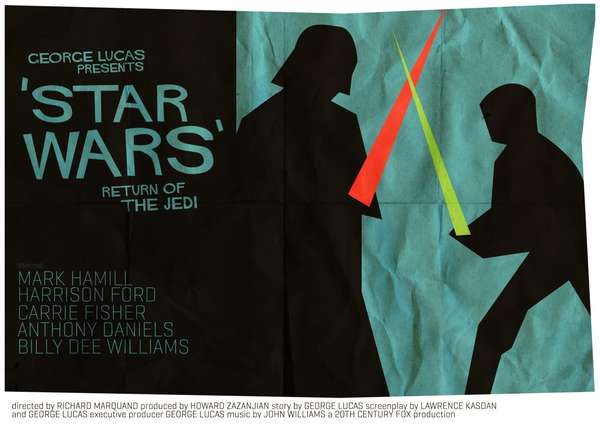 Jason Soy — November 21, 2011 — Pop Culture
References: forests-of-fire.tumblr & rampagedreality
Share on Facebook Share on Twitter Share on LinkedIn Share on Pinterest
Alex Clark readily admits that he's copying Saul Bass' iconic minimalist silhouette style in creating these film posters, but that doesn't mean they're any less badass. Capturing the spirit of each film character through graphics that look as though they were cut out from construction paper, Alex, or "Lex" for short, re-imagines cinematic promos for some of the most beloved movies in pop culture. The results are spiffy enough that I'd totally frame them and put them on my wall.

Alex Clark is an up-and-coming graphic designer and as you can see from the images in this gallery, he's not lacking in the talent department. The fact that he took the time to emulate folded paper in these posters demonstrates his stellar attention to detail.

Films featured in Clark's creations include Star Wars, The Wizard of Oz, Batman, The Amazing Spider-Man and the infamous Scott Pilgrim Vs. The World.
3.3
Score
Popularity
Activity
Freshness
Get the 2021 Trend Report FREE