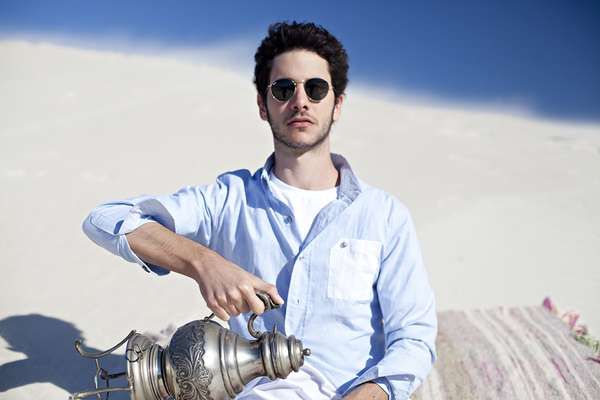 The Akomplice Summer 2012 Lookbook is Nomadic and Stunning

Shiori Mine — August 16, 2012 — Fashion
References: gabrielvanini & akomplice-clothing
Share on Facebook Share on Twitter Share on LinkedIn Share on Pinterest
The Akomplice Summer 2012 lookbook showcases the style and vision behind the duo of this eccentric clothing retailer. Photographed in the picturesque deserts of Florianopolis, Brazil, by Gabriel Vanini, the series captures the artful and meditative quality behind this fashion collective.

Inspired by his recent trip to Abadiania, Brazil, co-founder Mike Smalls chose the rolling sand dunes for his half of the summer lookbook. Leaning towards a more simple and clean-cut aesthetic, Smalls' sublime series focuses on nomadic and portrait-like compositions. His partner Patrick Liberty's half of the lookbook features hard-hitting juxapositions, which compliment the simplistic style of Smalls.