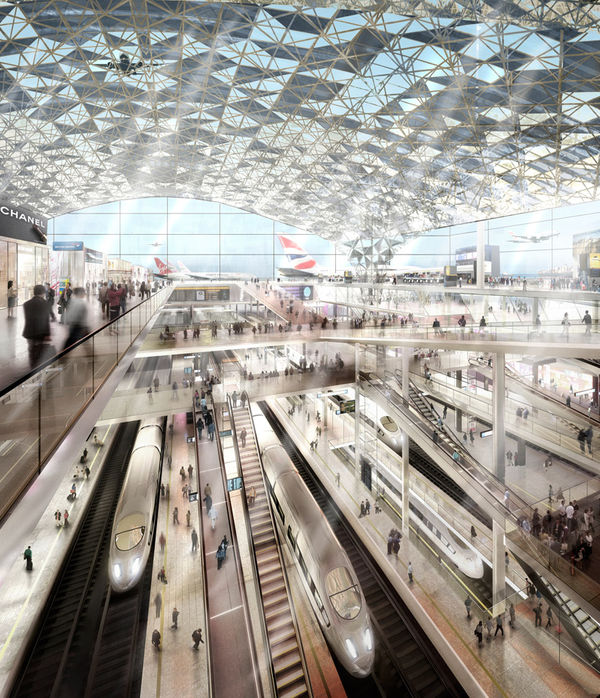 The proposed design has an eye-catching roof, which from afar looks rippled as if the top of the airport were waves in the water. This roof is also transparent, so travelers can look up and see the planes flying overhead before hopping on vessel themselves. The airport came about after learning that Heathrow is growing immensely in terms of its allowed capacity. Foster + Partners have thus proposed building an entirely new airport east of London to help lessen the burden of adding a new runways to the main hub. This option in the Isle of Grain would ultimately be cheaper.