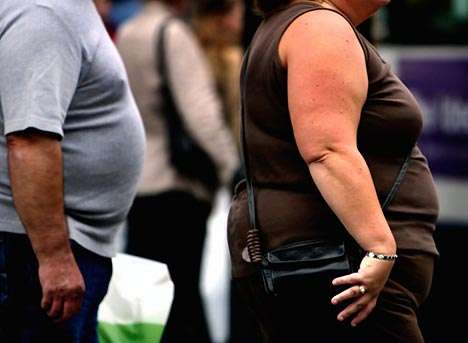 Overweight Fliers to be Penalized?

"Calls for the tax - which would be determined per extra kilo, in the same way as excess baggage - come as obesity rates and fuel prices surge to new highs in Australia," the paper said.

While some argue it discriminates against those with weight management issues, others, including Dr John Tickell, are in support of the tax and that obese passengers should be liable for the penalty.

"If you are going to charge for excess baggage, then charge fat people for excess weight,'' he told The Sunday Telegraph.

"Airlines are buying fuel, and if you are carrying a heavy weight on a plane you have to pay more for it. But, instead, the rest of the public is paying for it. It's got to be restricted.''

"Flight attendants in the US have to go down the aisle handing extension seatbelts out like headphones,'' Dr Tickell added. "And it's starting to happen here, too.''

I've always thought it unfair that baggage weight limits are the same for me as they are for someone weighing 200 lbs+ more than me. If I had an airline, I would specify a weight limit per passenger that included an individual's body weight and luggage. It just makes no sense, particularly since most airlines estimate the average woman to weigh 125, and the average man around 170. In the Western world, that is nowhere close to the reality. The entire system is flawed. How much can the plane carry? Establish that, then divide by passenger, and give a limit per person, body and luggage weight combined.

I'll probably have a lot of people disagree with me on this topic, but it just doesn't make sense! This issue is sure to raise a lot debate and controversial opinions; the outcome could change the way the entire industry runs.
3.8
Score
Popularity
Activity
Freshness
Get Trend Hunter Dashboard