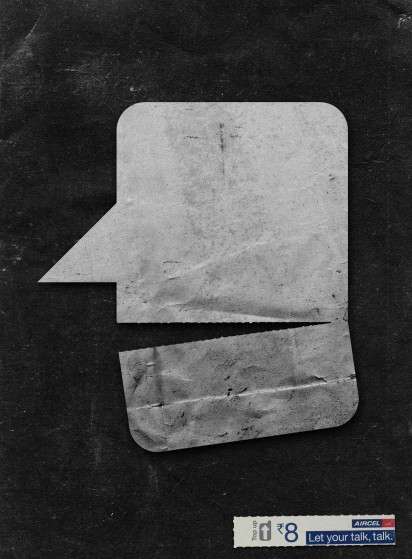 The Aircel 2012 Campaign Illustrates How Many Minutes a Person Gets

Meghan Young — October 28, 2012 — Marketing
References: mccann & ibelieveinadv
Share on Facebook Share on Twitter Share on LinkedIn Share on Pinterest
The Aircel 2012 campaign adorably illustrates its tag line, "Let your talk, talk," via speech bubbles that sport strategic slits as mouths. Rotated in such a way that the part that indicates who is speaking forms a nose, each speech bubble is full of personality. Unfortunately, these speech bubbles appear to have been through the gutter and back by their dirty looks.

Conceived and executed by Mccann Erickson, an ad agency based in New Delhi, India, the Aircel 2012 campaign was both art directed and copy written by Manu Gupta. Simple and clever, the Aircel 2012 campaign shows just how many minutes people will be able to enjoy with this company. The only thing is, not many people will be generous enough to let their talk, talk.
1.6
Score
Popularity
Activity
Freshness
Get Trend Hunter Dashboard