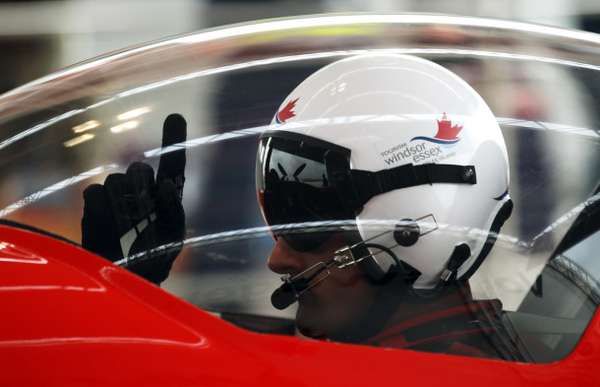 Along the theme of Daytona in the sky, air racing is a fiercely extreme thrill sport that satisfies precision racers with G juice. In previous races, these air warriors have graced the skies from Barcelona to London, and through the deserts of Monument Valley. The faster they weave, pitch and roll through the course, the more intense the Gs as they navigate the air gates, which will float the Hudson this weekend.

You can follow the events on Twitter and Facebook, but be sure to check out the behind-the-scenes party action via Whrrl for a nightime chase throughout Manhattan, and perhaps find a taste of the exclusive Stoli O Bomb.

It's a fab week-long event and air racing on the Hudson is sure to be a scenic maze of flying machines and skyscraper backdrops.
2.9
Score
Popularity
Activity
Freshness
Attend Future Festival

Skydiving Into Another Plane