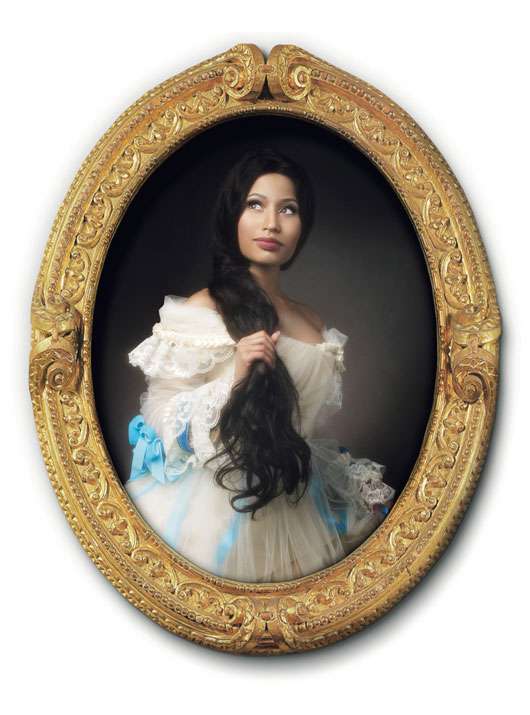 Meghan Young — October 17, 2011 — Pop Culture
References: wmagazine & justjared.buzznet
Share on Facebook Share on Twitter Share on LinkedIn Share on Pinterest
Famed artist Francesco Vezzoli transforms music sensation Nicki Minaj in Agents Provocateurs. Although Minaj has been known to take on many different costumes to express her creativity, donning dresses suitable for an 18th-century courtesan is something entirely new. A perfect editorial for the Halloween season, it will surely inspired more than this singing superstar to dress up as an artistically historicized character.

Shot for W Magazine's November 2011 issue, Nicki Minaj follows in the footsteps of Eva Mendes, Lady Gaga and Natalie Portman. Attracted to powerful female figures, Vezzoli has worked with some of the most talented stars out there. For Minaj, he states, "My idea was to reproduce four iconic portraits of some of the most fascinating females of the past in a series starring an American pop-culture role model."
1.6
Score
Popularity
Activity
Freshness
Attend Future Festival