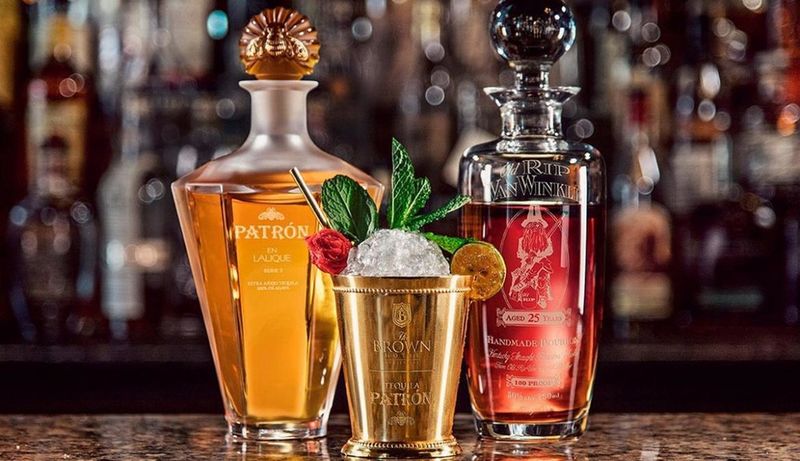 Justin Lam — May 7, 2018 — Lifestyle
References: foodanddine & luxurylaunches
Share on Facebook Share on Twitter Share on LinkedIn Share on Pinterest
In celebration of Cinco de Mayo, the historic Brown Hotel in Louisville will be serving up its luxurious Agave Julep for a staggering $1,500. The cocktail will not only be celebrating Cinco de Mayo but will also acknowledge the Kentucky Derby, which also falls on May the 5th. As both events will be occurring on the same day, the Agave Julep was designed to be a fusion that utilizes tequila with the elements of a southern Mint Julep.

The luxury cocktail was created by Agustín Sosa, director of food and beverage at the Brown Hotel, with each ingredient being carefully chosen to reflect his past in Mexico and his current life in Louisville. The two spirits used in the Agave Julep play a large role in the drink's price as it utilizes Patrón en Lalique: Serie 2 extra añejo tequila and Old Rip Van Winkle 25 Year Old bourbon. These two spirits are then combined with two types of mint, chocolate bitters, key lime-infused caramelized demerara sugar and a house-made sugar rose garnish.