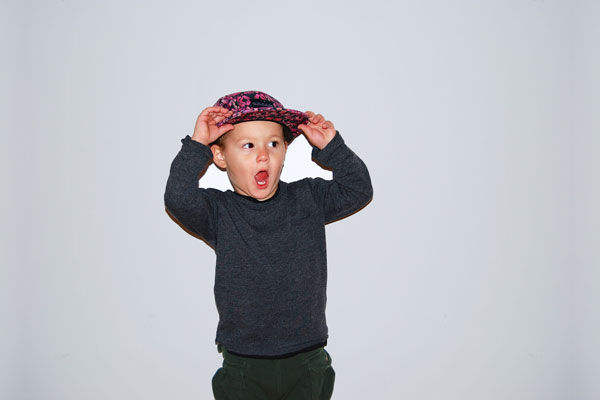 Meghan Young — December 15, 2013 — Fashion
References: agathacub & refinery29
Share on Facebook Share on Twitter Share on LinkedIn Share on Pinterest
Five panel snap-back hats are not made just for adults, kids can now look just as stylish thanks to the Agatha Cub Bodega Ruby model. The first hat from the brand, which made its name with the Swagroll, a diaper carry-all for fashionable moms and dads, it is adorably colorful as well as easy to put on.

The Agatha Cub Bodega Ruby hat is made with 100% organic cotton. Interestingly, the busy pattern used on the fabric is from a photography of a New York City bodega taken circa 2011, hence its name. With a Terry Richardson-like photoshoot starring a couple of cute kids, the Agatha Cub Bodega Ruby lookbook proves that the classic snapbacks is the ultimate accessory for the fliest kid you know. The pre-sale is currently in effect.
2.8
Score
Popularity
Activity
Freshness
View Innovation Webinars