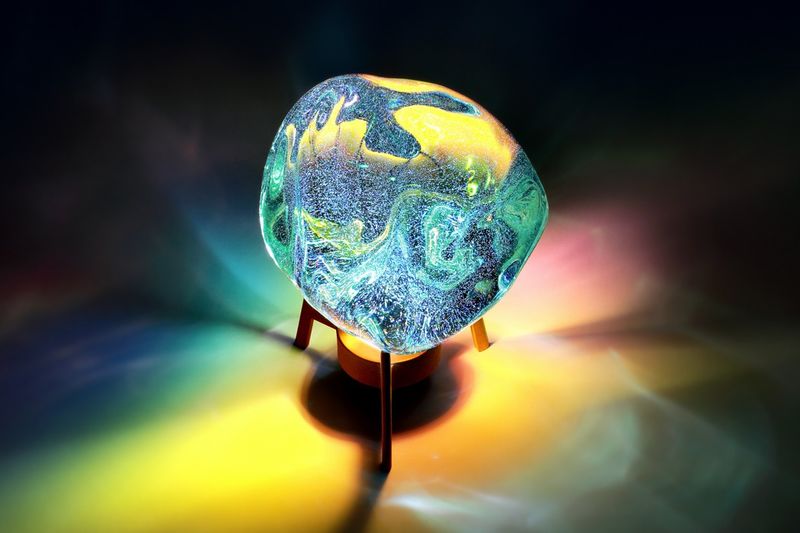 The 'Afterimage of CRT' Light by the h220430 Studio is Mesmerizing

Michael Hemsworth — October 19, 2018 — Tech
References: h220430.jp & yankodesign
Share on Facebook Share on Twitter Share on LinkedIn Share on Pinterest
Technology nostalgia has become quite prevalent today as consumers seek out ways to play their favorite video games from their childhood, so the 'Afterimage of CRT' light by the h220430 studio comes as yet another way to relive a past digital memory.

The light is crafted from an old cathode ray tube (CRT) that was used within an old television to create the image for the viewer and works to create an almost ethereal lighting experience when turned on. Designed by Satoshi Itasaka of the above-mentioned studio, the light brings to mind the illumination created by old tube TVs, which illuminated living rooms around the world for several decades before being replaced by flatscreen alternatives.

Speaking on the 'Afterimage of CRT' light, Itasaka explained to Yanko Design that, "In this installment I expressed the afterimage of the CRT, and tried to show my feeling of gratitude towards the CRT TVs. I believe that sense of beauty is nurtured through affection for objects, and mindfulness to value objects lead to kindness towards others and the environment. If such attitude spreads throughout the world, it will become a more beautiful and an attractive place."
6
Score
Popularity
Activity
Freshness
Get the 2021 Trend Report FREE