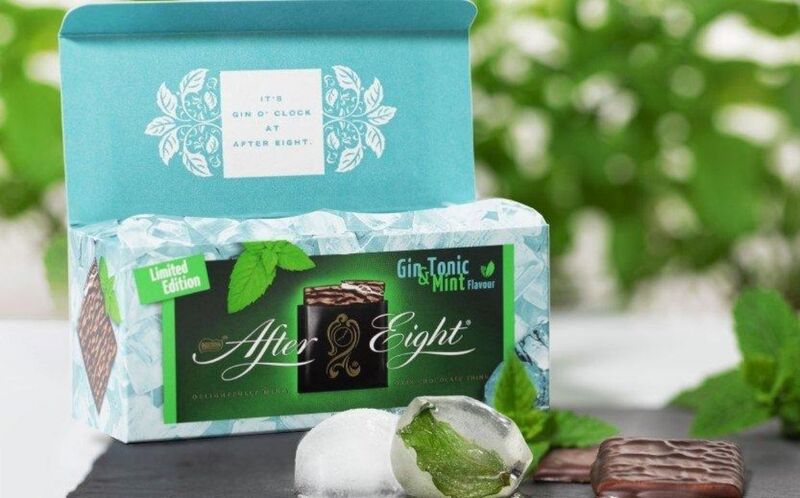 Grace Mahas — August 24, 2020 — Lifestyle
References: foodbev
Share on Facebook Share on Twitter Share on LinkedIn Share on Pinterest
Nestlé recently expanded its popular mint chocolate covered sugar confectionery series with the introduction of the new After Eight Gin & Tonic & Mint. As its name suggests, the new, limited-edition offering boasts a "zingy" flavor profile and is made from 100% natural peppermint oil and responsibly sourced cocoa from the Nestlé Cocoa Plan.

Debbie Bowen, senior brand manager for After Eight, said: “Gin has rapidly become the nation’s spirit of choice, so what could be better than combining the flavors of our favorite tipple with the delicious mint fondant and dark chocolate that has made After Eight so popular for almost sixty years. After Eight Gin & Tonic & Mint is a delightfully fresh, zesty twist on a classic, and we believe it will prove to be a very popular addition to the range.”