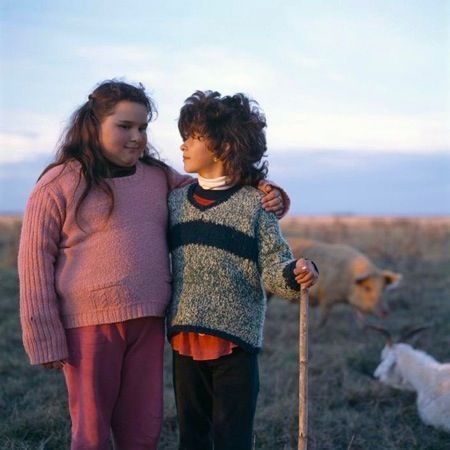 The Adventures of Guille and Belinda by Alessandra Sanguinetti

Meghan Young — January 31, 2014 — Fashion
References: alessandrasanguinetti & mymodernmet
Share on Facebook Share on Twitter Share on LinkedIn Share on Pinterest
The Adventures of Guille and Belinda photo series is a heartwarming tale of two cousins raised on a rural farm in Argentina. Although the environment is much different from that depicted in 'The Little Women,' it is hard not to compare their relationship to that of the March sisters. From adventures outdoors to imaginative role-playing indoors, they entertain themselves as only creative children with limited access to technology can.

Shot by San Francisco-based photographer Alessandra Sanguinetti, The Adventures of Guille and Belinda photo series was an ongoing project since 1999. Now a book, Sanguinetti writes, "Beli and Guille were always running, climbing, chasing chickens and rabbits. Sometimes I'd take their picture just so they'd leave me alone and stop scaring the animals away, but mostly I would shoo them out of the frame. I was indifferent to them until the summer of 1999, when I found myself spending almost everyday with them."
1.7
Score
Popularity
Activity
Freshness
Jeremy Gutsche Keynote Speaker