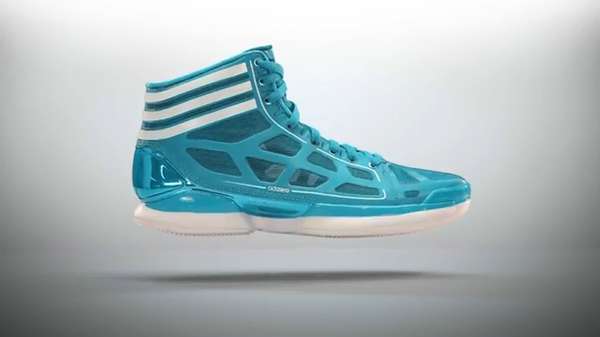 The AdiZero Crazy Light vs The "Other" Guys Commercial Schools Nike

Jason Soy — May 26, 2011 — Fashion
References: facebook & f5torefresh
Share on Facebook Share on Twitter Share on LinkedIn Share on Pinterest
Adidas is not holding back with these adiZero Crazy Light vs The "Other Guys" commercials. Similar to Apple's Mac vs PC commercials, this Adidas sneaker ad makes a direct attack on Nike, its biggest competition, and the three-striped sneaker giant wastes no time in destroying the rival shoe company's product.

The commercial highlight's Adidas' new adiZero Crazy Light, which weighs in at a surprising 9.8oz. As the ad continues, we see Nike's lightest sneaker take a slash from a samurai sword, revealing that it would require a significant portion of Nike's shoe to be missing in order to match Adidas' ludicrously lightweight shoe. If that's not fighting with your gloves off, I don't know what is.

This adiZero Crazy Light vs The Other Guys commercial is one of what's sure to be many to come. I wonder what clever rebuttals Nike will come up with in the months to come...
4.7
Score
Popularity
Activity
Freshness
Access Advisory Services