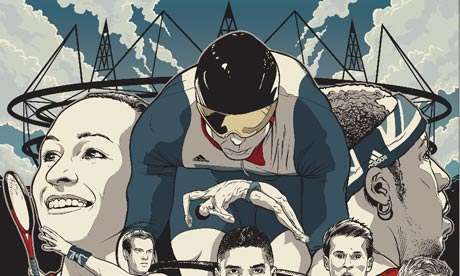 Adidas Metro Partnership is the Biggest Newspaper Contract of 2012 Games

Katherine Vong — July 30, 2012 — Marketing
References: metro & guardian
It looks like the largest media advertising deal of the 2012 Olympic Games is the Adidas Metro partnership! A £2.25 million deal, the just-announced partnership allows Adidas (one of the official sponsors of the 2012 Games) to run illustrated cover wraps on the free Metro newspaper every single day during the 2012 London Olympics.

The cover wraps comprise the largest print advertising campaign for the Games, says the Guardian, and will feature illustrations of athletes from Team Great Britain, including Jessica Ennis, Bradley Wiggins and more. While the first image will comprise several of the athletes, subsequent illustrations will feature only one athlete to be run on the day he or she is set to compete in the games.
3.6
Score
Popularity
Activity
Freshness