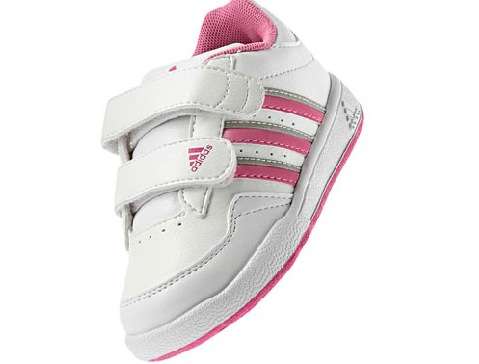 Katherinev123 — August 14, 2012 — Fashion
References: news.adidas & popsop
Share on Facebook Share on Twitter Share on LinkedIn Share on Pinterest
The Adidas Little Performers program, a line of footwear that has been designed specifically for infants aged 0 to 4 years using a scientific approach, has just been launched by Adidas. Now your wee tot can be as sporty and stylish as yourself, as well as get the chance to wear shoes that are designed specifically to help in the development of his or her little feet.

Adidas has enlisted the help of Dr. Markus Walther, an international expert in infant footwear, as well as the FIFA Medical Centre of Excellence. After extensive research, the team has discovered that children up to 4 years in age usually take about 10,000 steps per day and that despite their young age, they can still get foot problems from wearing the wrong shoes. In fact, the team states that 70 percent of foot problems among babies are due to wearing improper footwear.