Under the Sea Hotels
Next
Set of
Related
Ideas 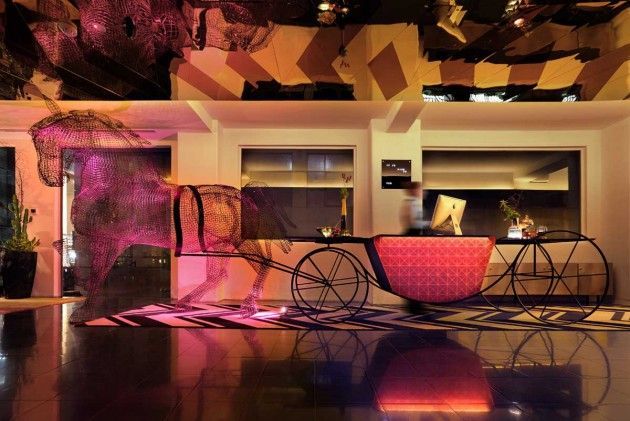 The studio was enlisted to develop a bold new concept; one that would refresh the illustrious hotel, which has had its fair share of ups and downs. Hachem responded with the idea of a dessert-themed hotel, transforming the existing structure into a "visual and experiential feast." The hotel's tagline encourages guests to 'Engage the Senses,' which isn't hard when they're faced with a smorgasbord of sensory cues. One need not think, but relax, and melt into their delectable surroundings.

Beyond the decadence, however, the designers had to think long-term. The design was brought to life with a modest budget, meaning that every feature needed to be sustainable enough to last in the future. The original shell was preserved, and energy and water-efficient systems were implemented, along with recycling programs.
2.7
Score
Popularity
Activity
Freshness
Get Trend Hunter Dashboard

Tropical Mountainside Hotels
The Stunning Jade Mountain is the Most Romantic of St. Lucia Resorts