The New Acura NSX
Next
Set of
Related
Ideas 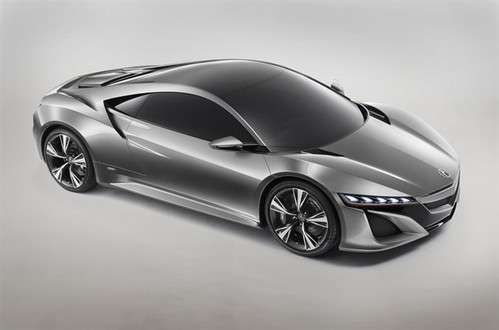 The Acura NSX Concept Auto Makes a Comeback at NAIAS 2012

The NSX will now be a hybrid vehicle with a VTEC V-6 engine and a dual clutch transmission with an electric motor, which means the comeback of this sporty supercar will be friendly to the environment.

The Acura NSX concept won’t be realized for three years, but will feature Honda’s 'Sport Hybrid Super Handling All Wheel Drive' system, which, with its two electric engines, makes it almost impossible to over-steer.

The NSX, despite still being a concept to the general public, will be featured in 'The Avengers' starring Robert Downey Jr. hitting theaters in May 2012.
4.7
Score
Popularity
Activity
Freshness
Get the 2023 Trend Report FREE