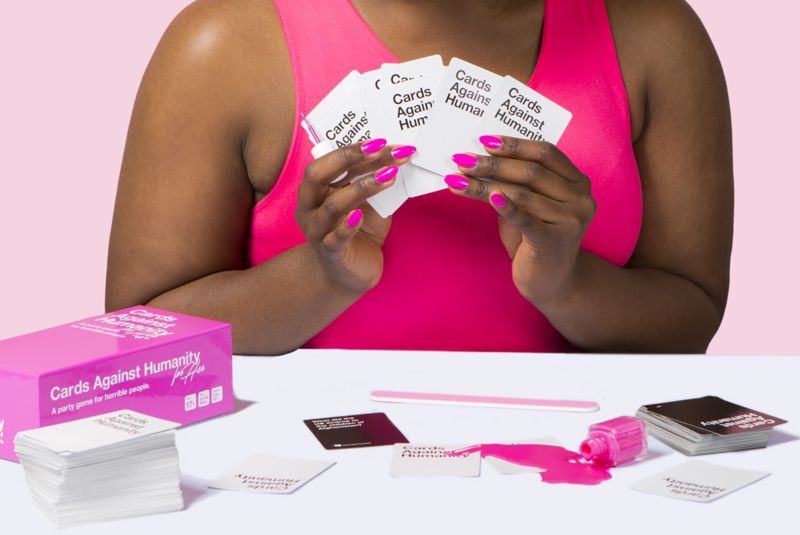 This parody card game costs $5 more than the original, comes in hot pink packaging but is the exact same game as the original. The game is branded in a totally farcical way and makes fun of other female-branded products. The website that CAH developed to promote the For Her version makes outlandish claims of potential results earned by playing the game. For example, the website suggests that the game "listens to your problems without offering suggestions."

This kind of joke humor is something that Cards Against Humanity has built a reputation on. CAH community director, Jenn Bane, has said she doesn't expect anyone to actually buy the game, saying, "Women don't fall for gimmicks, especially not gimmicks as stupid as this one." The company has committed to donating the profits to Emily's List, a PAC working to get more women into public office.
4.6
Score
Popularity
Activity
Freshness
Get the 2021 Trend Report FREE