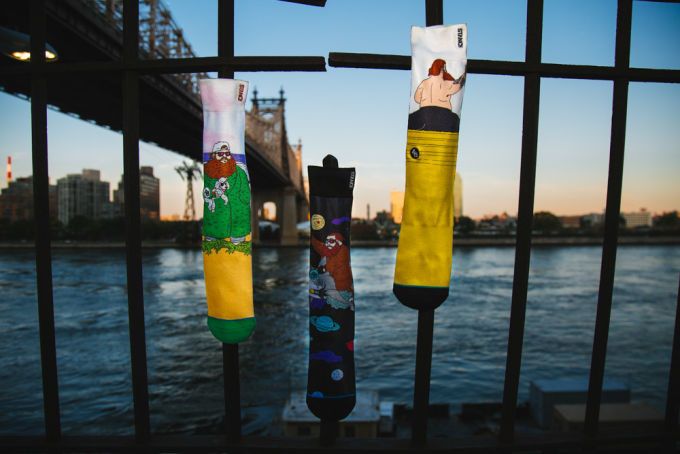 These Action Bronson Art Socks are Colorful and Cartoonish

Charlotte Joyce Kidd — August 25, 2015 — Pop Culture
References: stance & caplex
Share on Facebook Share on Twitter Share on LinkedIn Share on Pinterest
These Action Bronson art socks take the artwork from his second album 'Mr. Wonderful' and transform it into wearable, whimsical cartoon scenes. On one pair of Action Bronson art socks, the red-bearded rapper soars through space on a shark rocket. In another, he sits shirtless on top of a pyramid, taking inspiration from the cover art of his 2015 album.

All of the socks in the collection are brightly colored and imaginative. The designs reflect the controversial star's zany, original and playful style and personality. The Action Bronson art socks were created by an Action Bronson fan and social media follower and produced by the sock brand Stance, which has previously partnered with Rihanna, Kendrick Lamar and Big Sean on sock collaborations.

Previously a plain and mostly ignored item of apparel, socks have become yet another important canvas for stylistic expression, as evidenced by these celebrity-designed socks.
2.3
Score
Popularity
Activity
Freshness
Jeremy Gutsche Keynote Speaker