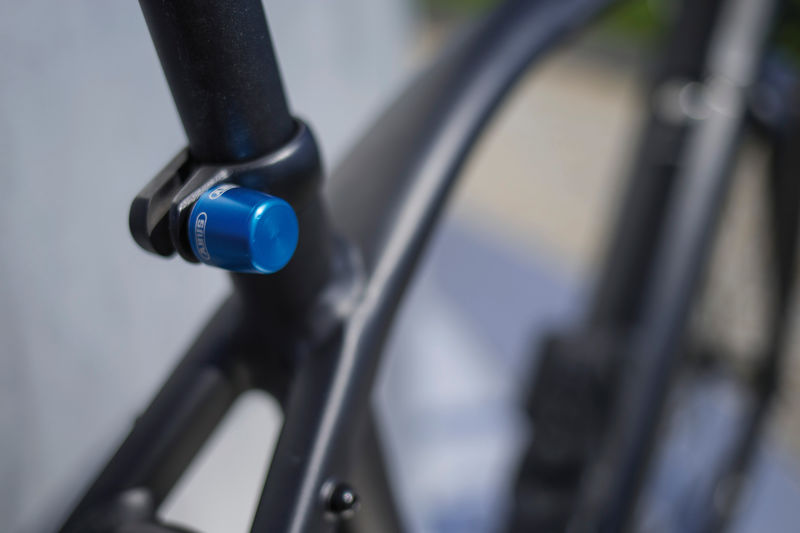 The ABUS Nutfix is a Clever Way to Foil Bike Theft

Joey Haar — February 16, 2017 — Tech
References: abus
Bicycling is becoming more and more popular as a means of transportation for both commuting and pleasure, and the ABUS Nutfix is a system developed to address the unfortunate backlash that's arisen as a result of this popularity. The simple yet ingenious system uses physics to keep bike parts safe from thieves, and it requires no specialty tools or expertise on the part of the owner.

The ABUS Nutfix protects against saddle and wheel theft, two common items that ne'er-do-wells often end up making off with when a bike's frame is securely locked up. It's essentially a cap and skewer that replaces the exposed nut on the saddle and wheels. Thanks to a simple physical mechanism, the ABUS Nutfix only exposes its nut when the bike is on its side — since bikes are always upright when locked, this makes it impossible to detach and steal the saddle or wheels.
4.6
Score
Popularity
Activity
Freshness