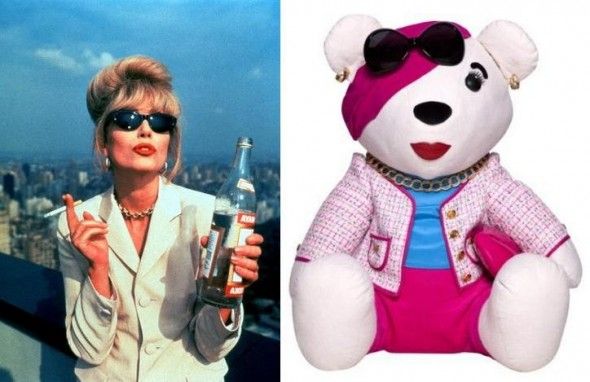 Malika Renee Butss — November 13, 2013 — Pop Culture
References: gizmodiva
Share on Facebook Share on Twitter Share on LinkedIn Share on Pinterest
Remember the absolutely fabulous era of the nineties and its BBC hit show 'Absolutely Fabulous?' Who could be more absolutely fabulous than the show's most loved character Patsy Stone? Though the show is dead and gone, actress Joanna Lumley, who played Stone, has brought the iconic drug-abusing, narcissistic, past-her-prime fashion model back in the form of a teddy bear she calls "Sweetie Darling." Oh the irony.

Lumely designed the bear herself and even though it isn't half as alluring and comical as the real Patsy Stone, it does share her epic look. The bear is complete with Chanel buttons on its tweed jacket and a Lulu Guinness lips clutch. Definitely Patsy chic and absolutely fabulous. Although I'm sure fans everywhere all want their hands on this signature Pasty-esque plush toy, only one has been made and it's being auctioned for the Children in Need charity. It's what Patsy would have wanted.
0.6
Score
Popularity
Activity
Freshness
Get the 2021 Trend Report FREE