Divalicious Dress Up Dolls
Next
Set of
Related
Ideas 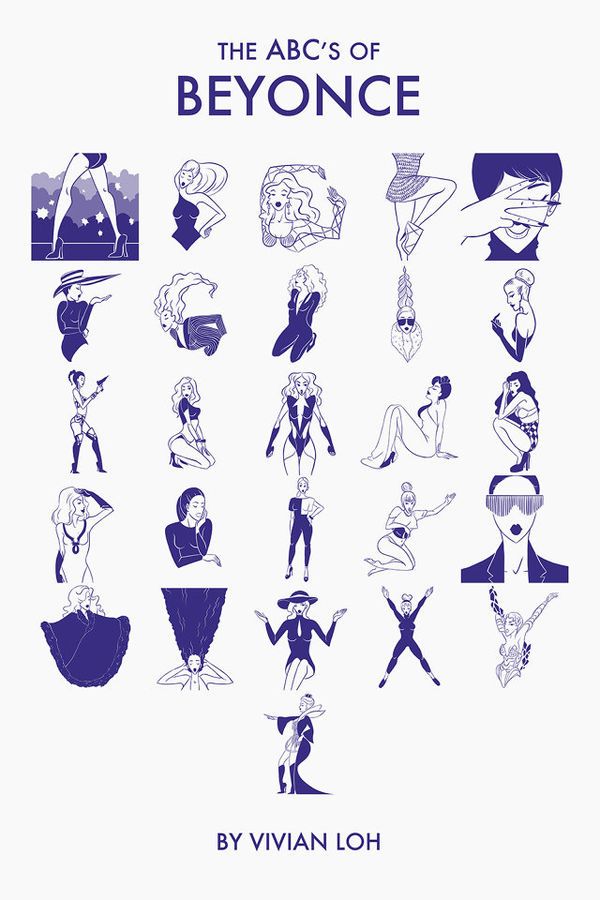 Meghan Young — January 30, 2014 — Pop Culture
References: vivianloh & fastcodesign
Share on Facebook Share on Twitter Share on LinkedIn Share on Pinterest
After slaying the opening performance for the 2014 Grammy's the way she did, it is only natural that Queen Bey would get her own alphabet; the ABC's of Beyonce shows that she's so fierce, her moves form the letters that distinguish humans from other animals. The illustrations revolve around her stage persona, turning costumes and poses into the English alphabet.

Created by Vivian Loh, a student illustrator, the ABC's of Beyonce stays as true to life as possible. She reveals, "I started with watching all her music videos, down to her Destiny's Child days. I took screenshots in whichever music video I thought was important or particularly beautiful," so that the "letters not be back-breaking contortionist poses, but realistic and life-like." Beyonce's creative career provided enough inspiration for the ABC's of Beyonce.
3.5
Score
Popularity
Activity
Freshness
View Innovation Webinars