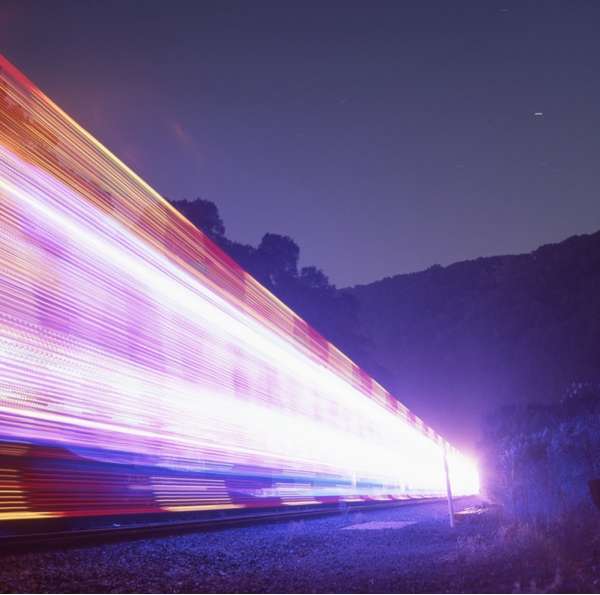 Ana Lopez — January 23, 2012 — Autos
References: aarondurand & mymodernmet
Share on Facebook Share on Twitter Share on LinkedIn Share on Pinterest
To witness a train on its way to its destination is a fascinating experience, and even more if this machine seems to be going at the speed of light, as shown by the series entitled ‘Trains’ by American photographer Aaron Durand.

Using the night as his background and the long exposure technique, Durand, who also goes by the name of 'everydaydude,' captures trains in American locales like San Francisco or East Bay. The result is mind-blowing, as the machines pass from being heavy vehicles to colorful light beams. The mesmerizing contrast between the dark sky and the bright streaks of lights produces an artistic effect, as speed and light become the subject of the series.

The captures by Aaron Durand shows an interesting perspective of how would a train might look like in action in the future.
3.5
Score
Popularity
Activity
Freshness
Attend Future Festival Virtual