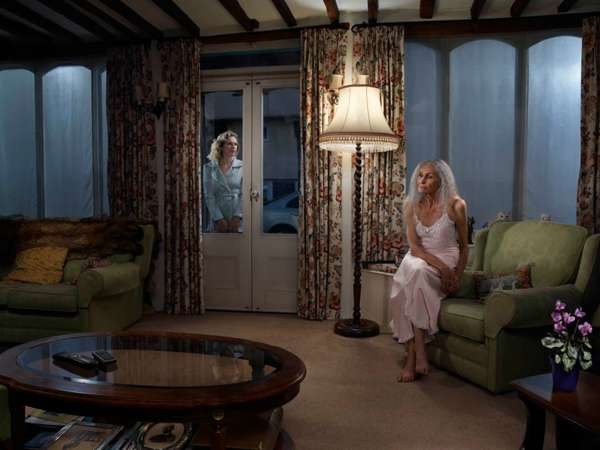 Meghan Young — January 17, 2012 — Fashion
References: juliafullerton-batten & whitezine
Share on Facebook Share on Twitter Share on LinkedIn Share on Pinterest
The bond between mother and daughter can yield a special, but strange relationship as the Mothers and Daughters photo series clearly shows. Although these relationships are more often than not born out of love, they become complex and challenging, to the point that they can also become strained, which is exactly what this particular photo series depicts.

Shot by German photographer Julia Fullerton-Batten, who is currently living in England, the Mothers and Daughters photo series uses real mother and daughter pairs in their own environments. Directed minimally by Fulllerton-Batten, these pairs relied heavily on their own emotions to create the scenes that she eventually captured.

According to the photographer, the Mothers and Daughters photo series "shows how much the the fragility and vulnerability of the female is exposed fully in the mother-daughter relationship."
5.5
Score
Popularity
Activity
Freshness
Get Trend Hunter Dashboard

Freezing Everyday Moments
"In Between" Photos by Julia Fullerton-Batten