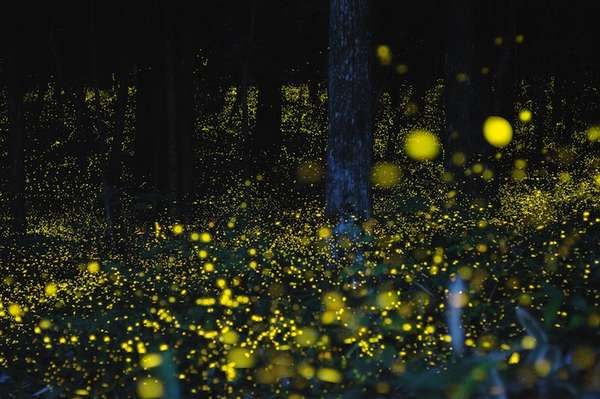 Meghan Young — January 12, 2012 — Fashion
References: minoltan.500px & mymodernmet
Share on Facebook Share on Twitter Share on LinkedIn Share on Pinterest
Tsuneaki Hiramatsu seems to have built stunning light installations all around Maniwa and Okayama Prefecture in Japan. Those warm illuminations are not man-made, however. Instead, Tsuneaki Hiramatsu has captured the movement of fireflies through a series of slow shutter and multi-exposure photographs.

Unlike Quit007 ‘Fireflies' series, Tsuneaki Hiramatsu's firefly captures are much more crisp and realistic. They do not have the greenish hue that make's Quit007's portfolio appear alienesque.

Enchanting and warm, Tsuneaki Hiramatsu shows a side of nature that is rarely seen. He specifically captures mating fireflies that gather after thunderstorms during the June to July rainy season. A magical sight even on a good night, Tsuneaki Hiramatsu's photos are out of this world.
5.6
Score
Popularity
Activity
Freshness
Get the 2021 Trend Report FREE