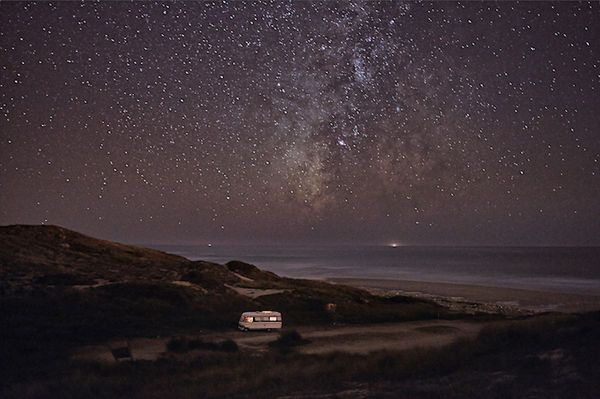 Meghan Young — February 11, 2014 — World
References: alessandropuccinelli & mymodernmet
Share on Facebook Share on Twitter Share on LinkedIn Share on Pinterest
The A Van in the Sea photo series may revolve around a travelling motorhome, but that doesn't mean it is at all mundane or even retro. Instead, the word that encapsulates the photo series best is 'epic.' Captured entirely at night, the sprawl of open landscape, dark waters, starry skies and wisps of clouds lends a breathtaking aesthetic to the entire series.

Shot by Alessandro Puccinelli, a photographer hailing fro Brisbane, Australia, the A Van in the Sea photo series was captured during a trip in Portugal. Taken throughout 2013, the Hymer 1983 motorhome covered a lot of ground. Yet only these nighttime images made the series. In a way, it captures the intimacy and remoteness of the journey he took.
4.7
Score
Popularity
Activity
Freshness
Access Advisory Services