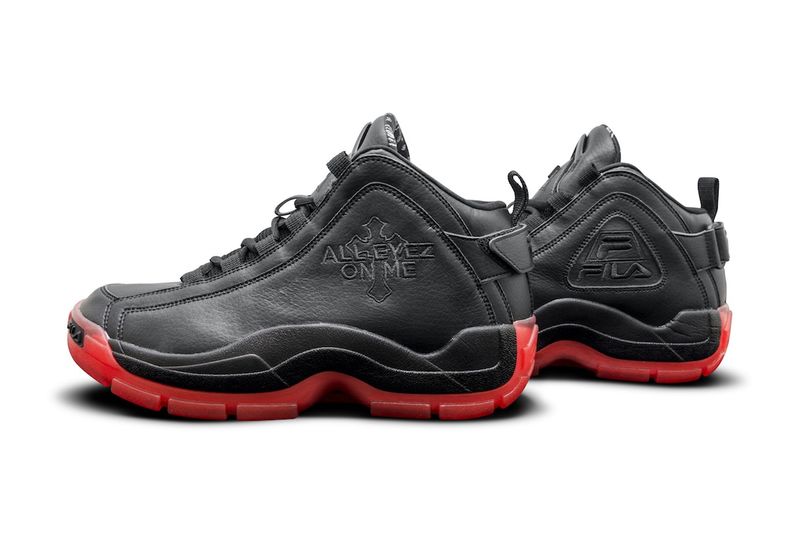 The basketball sneakers feature a sleek black and red colorway, with the formerly mentioned color used on the high-end leather that constructs the uppers, while the latter hue marks the soles. On the uppers, the words "ALL EYEZ ON ME" are featured in black embroidery, which references the rapper's fourth studio album, as well as the dramatic biography about him that was recently released.