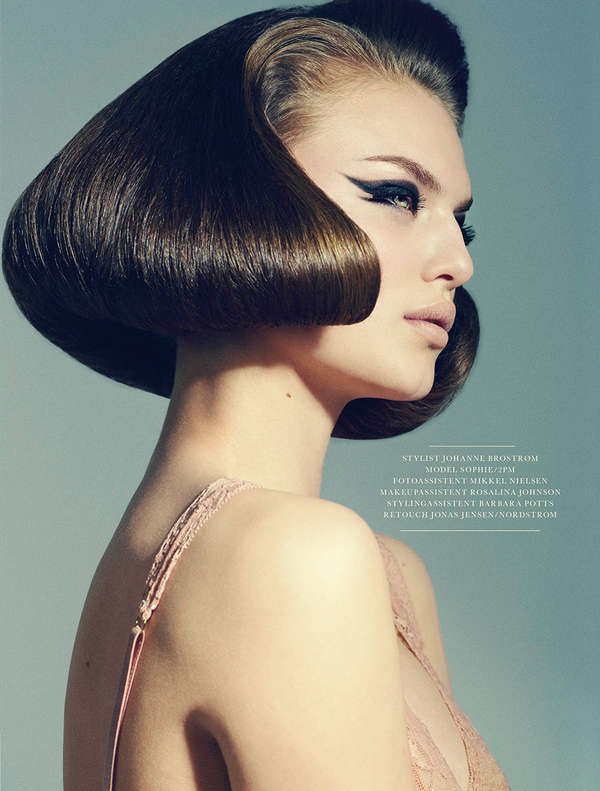 — May 29, 2013 — Fashion
References: visualoptimism.blogspot
Share on Facebook Share on Twitter Share on LinkedIn Share on Pinterest
With Mad Men on the air featuring women with larger-than-life coiffes, 60s-inspired hair has never been more appealing in contemporary culture. The 'Merci, Bardot' editorial for Elle Denmark, shot by Jonas Jensen, channels this obsession with mod-era hairstyles in a beautiful photo spread.

Featuring a single-named model called Sophie, the 'Merci, Bardot' editorial depicts a 60s-era woman wearing a series of different hairstyles. One of the most fun coiffes is the beehive, which stretches up above Sophie's head and almost out of the frame entirely. The cute and elegant bob cut is also featured with the hair's ends turned in at the bottom to give the style a bouncy quality.

The 'Merci, Bardot' editorial is one of the newest examples of 60s-inspired hair that has become another fad throughout the vintage-hungry world.
6.9
Score
Popularity
Activity
Freshness
Get Trend Hunter Dashboard