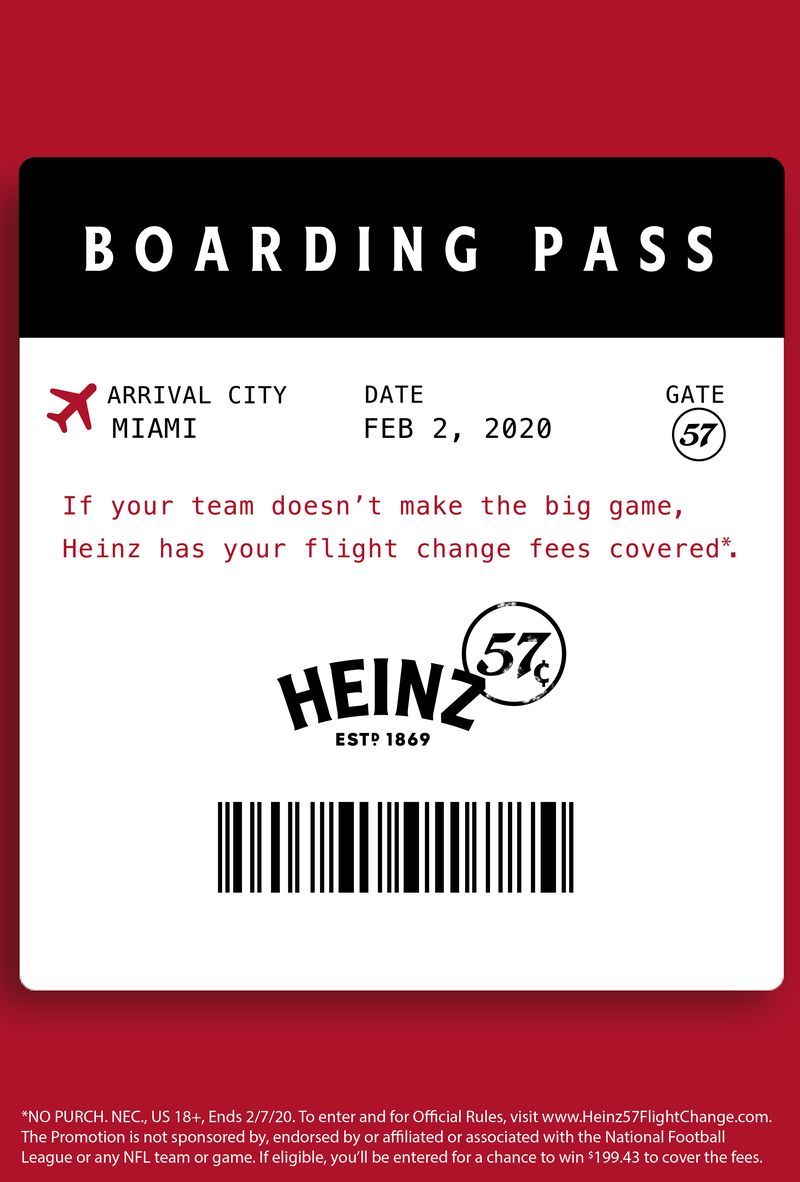 Grace Mahas — January 20, 2020 — Marketing
References: heinz57flightchange
Share on Facebook Share on Twitter Share on LinkedIn Share on Pinterest
With the Super Bowl around the corner, HEINZ will be offering 57 cent flight change fees for Miami-bound flights as many diehard football fans already booked their flight to Miami before the final teams were determined. For fans that are left without a team in the running and an average fee of $200 to reroute their Miami-bound flights, they can now get some compensation through HEINZ's promotion.

"HEINZ has been adding the goodness to any moment, big or small, for decades,” said Dalia Adler, brand building lead, HEINZ. “There’s a feeling you get when you spot a bottle of Heinz—that things are looking up — and we’re excited to continue being a brand that Americans and football fans alike can always count on, even during playoff season.

Disappointed fans can visit the www.Heinz57FlightChange.com and upload a picture of their existing flight to Miami -- booked before January 2020. Fans will be able to re-route their flight to the destination of their choice for only 57 cents.