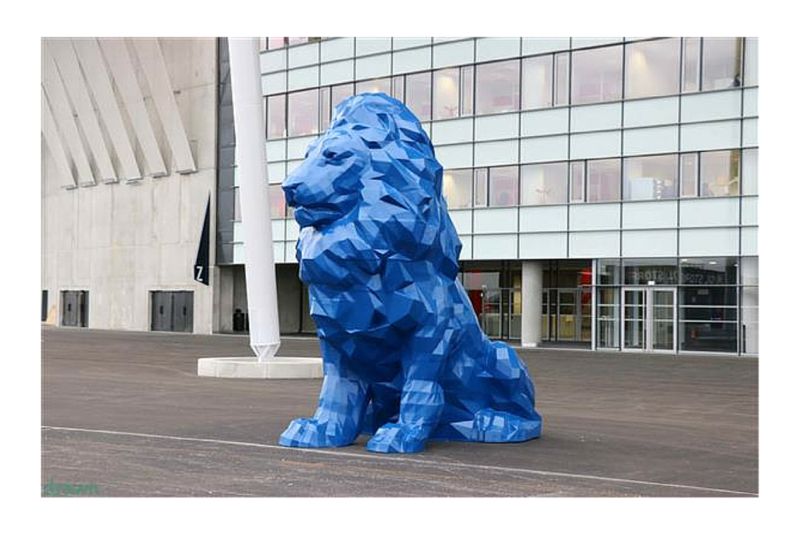 Katherine Pendrill — March 2, 2016 — Art & Design
References: drawn.fr & psfk
Share on Facebook Share on Twitter Share on LinkedIn Share on Pinterest
The entrance to the Parc Olympique in Lyon, France, is now under the watchful eye of a giant 3D-printed lion. While it is not unusual for a sports team to erect a statue of its mascot, this particular sculpture demonstrates a triumph of manufacturing.

The colorful 3D-printed lion sits at the entrance of the Parc Olympique, which is the home stadium for the French football club Olympique Lyonnais. The statue itself is 13 feet tall,13 feet long and two feet wide. The statue was designed by French company Drawn using an industrial 3D printer. Due to its massive size, the lion took 500 hours to print and another 600 hours to assemble. Over time, there are plans to add another three lions in red, white and gold.