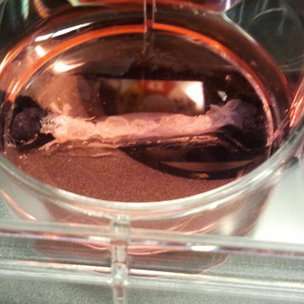 An American startup company called Modern Meadow is using that 3D bioprinting technology to clone living tissue using a 3D printer and ‘bioink’ cartridges that are comprised of animal stem cells. The technology to 3D print simpler ‘dead’ items like plastic or chocolate have existed for a few years, but living tissue is far more complex to recreate. If the technology can really take off, we could actually be looking at a future where meat bought from the butcher didn’t require an animal to be killed to obtain it.

The $300,000 price tag for a single hamburger is a broad estimate given the relative infancy of the technology and scarcity of stem cells for the cartridges. It’s probably safe to assume that as 3D bioprinting technology really takes off, it won’t cost as much as a house for one deliciously cloned hamburger.