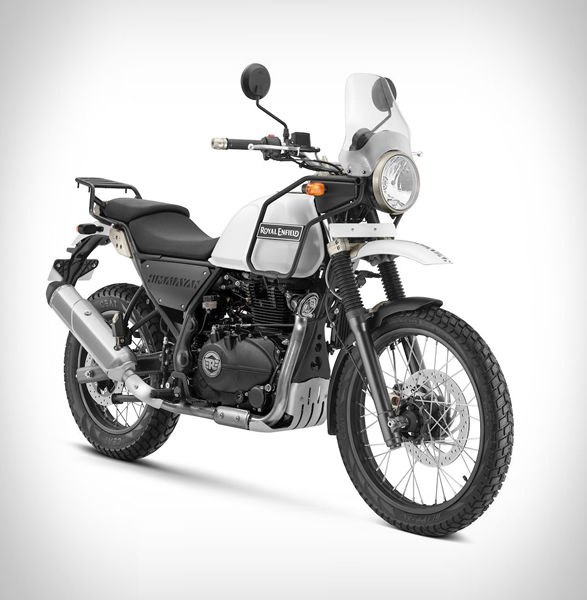 Justin Lam — March 9, 2018 — Autos
References: blessthisstuff & rideapart
Share on Facebook Share on Twitter Share on LinkedIn Share on Pinterest
After finding immense success overseas, the 2018 Royal Enfield Himalaya is finally ready to come over to American shores. Set to launch in April 2018, the two-wheeler is a simple, but engrossing motorcycle, that is a supposed to bring back pure motorcycling. The versatile bike is sure to appeal to both experienced and new riders, and has a particular focus for on/off-road use. Royal Enfield hopes that this move to America will find success as they are the only motorcycle company focused on the middleweight segment.

The 2018 Royal Enfield Himalaya is a rugged 411cc bike that comes equipped with a five-speed gearbox and 24.5 BHP engine. These internal components give the bike 24.5 horsepower and 23.6 pounds of torque. The four-gallon tank boats a 250-mile range, with a claimed 60-plus miles-per-gallon. The motorcycle also features incredibly ergonomic design that lends the bike well to long touring.
5
Score
Popularity
Activity
Freshness
Access Advisory Services