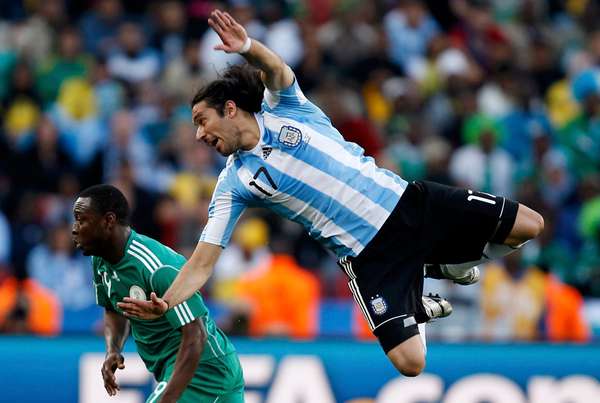 The Spirit of the 2010 World Cup in Pictures Captured by Boston.com

Ryan Hinkson — June 17, 2010 — Art & Design
References: boston
Right now the entire globe is caught up in FIFA fever, but before you know it, the games will become a distant memory. However, what better way to remember this event than by reliving the 2010 World Cup in pictures?

From pictures of in-game action to profiling fans in the stands, in the streets, in bars, and even in jails, the site captures the magic of the tournament. Even if you aren’t a soccer fan, I guarantee you will enjoy these 2010 World Cup in pictures from Boston.com.
4.5
Score
Popularity
Activity
Freshness