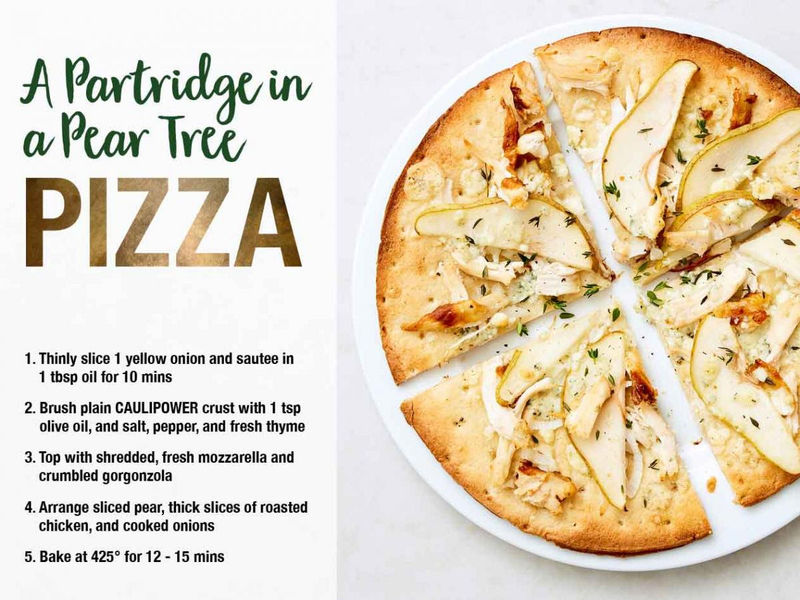 As the 12 Days of Christmas song begins with a partridge in a pear tree, the first pizza recipe introduces 'A Partridge in a Pear Tree Pizza,' featuring an gluten-free cauliflower-based pizza crust topped with fresh cheese, chicken, cooked onions and pear. Other recipes in the series include the '3 French Hens Pizza,' and the '5 Golden Rings Pizza,' as well as other humorously reimagined recipes like the '6 Greece a Laying Pizza' and the '10 Gourds a Leaping Pizza.'

At most, these healthy holiday pizzas take about 15 minutes to cook in the oven, serving as quick, easy and inspiring entrees and appetizers.
4.8
Score
Popularity
Activity
Freshness
View Innovation Webinars