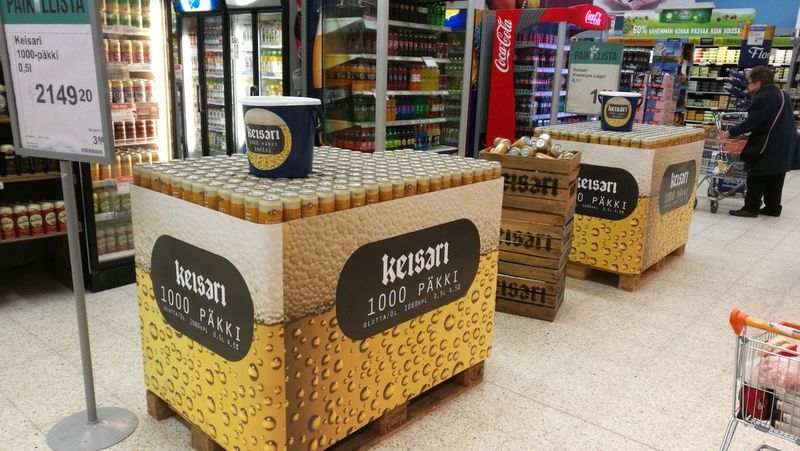 Finland's Nokia Brewery is Now Selling a 1,000 Can Beer Pack

Michael Hines — May 4, 2017 — Marketing
References: nokianpanimo.fi & time
Share on Facebook Share on Twitter Share on LinkedIn Share on Pinterest
Drinkers in Finland have a new value proposition to consider: a 1,000 can beer pack. The ridiculous bulk buy was created by the country's Nokia Brewery in response to a competitor's pack of 100 beers. At $2,343 this gigantic pallet of beer is ridiculously expensive. However, when you do the math it's actually a solid buy with each can coming in at $2.34. Apparently the 1,000 can beer pack will not be sold as-is indefinitely. The supermarkets carrying the cases plan to eventually break the pallets up into smaller servings to ensure that the beer is actually sold.

Novelty items are nothing new in the world of beer. Small breweries routinely compete to make the world's most alcoholic brew. That being said larger companies usually stay out of the fray. The 1,000 can beer pack is a hell of a marketing stunt and could lead to bigger brands trying to get in on the action. It may only be a matter of time before Budweiser is available in 100 or 1,000 packs.
6.8
Score
Popularity
Activity
Freshness
Jeremy Gutsche Keynote Speaker