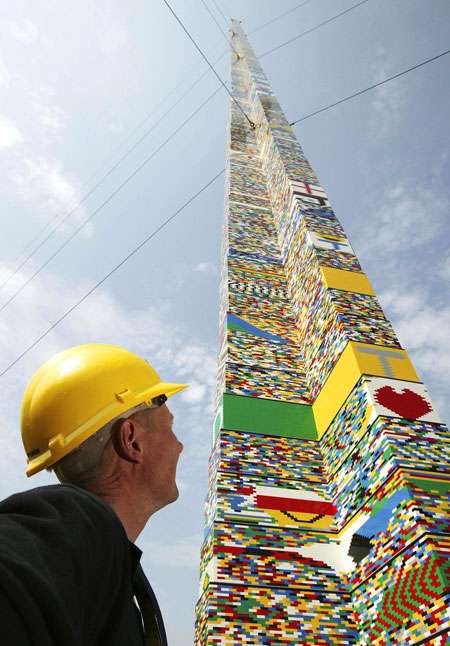 Bianca — May 6, 2008 — Art & Design
References: metro & truemors
Share on Facebook Share on Twitter Share on LinkedIn Share on Pinterest
Some people's love of LEGO doesn't fade with age, in fact, for some people, the desire to build structures out of the plastic toys becomes even stronger. To demonstrate the possibilities of the architectural models you can build, LEGO created a 100 foot building made of 500,000 plastic bricks, making it the world's largest LEGO tower, to celebrate their 50 year anniversary.

"Children lent their block-building skills by each fashioning an 8 inch (20cm) section of the massive structure that a crane then hoisted into position,' Truemors says. "No word on how many Legos ended up swallowed or stuck in noses during the tower's construction."

As you can see, the possibilities of LEGO are virtually unlimited...