The Future of Healthcare

The End of America
Next
Set of
Related
Ideas 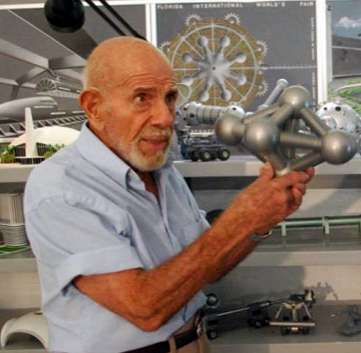 Sophia Pelka — March 15, 2012 — Keynote Trends
References: thevenusproject & youtube
Share on Facebook Share on Twitter Share on LinkedIn Share on Pinterest
Jacque Fresco is know as the modern-day da Vinci. An inventor and futurist, Fresco has been at the forefront of the industrial design and social engineering field for decades. His newest work, the Venus Project, which he discusses in this speech, is a holistic global socio-economic system called a Resource-Based Economy. The project aims to achieve a peaceful and sustainable global civilization.

In an extremely optimistic hope, the Venus Project strives towards an economy where human rights are actions rather than paper documents. Nations have been undergoing drastic change. In coming times, there must be an effort to avoid problems that we have had before, such as unemployment, military conflict and territorial disputes. The earth's resources must be declared as the common heritage of all the world's people. In addition, the monetary system must be outgrown.