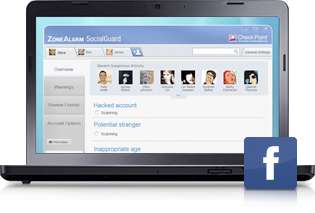 The ZoneAlarm SocialGuard automatically scans the child's account every five minutes for algorithms that match anything that may be considered potentially dangerous, such as predators, suspicious bullying behavior, hacking and adult website links.

The software is completely invisible to everyone but the parents themselves. If something suspicious is detected, the software user is emailed immediately.

The ZoneAlarm SocialGuard claims that it "scans millions of records using a unique algorithm to determine threats and sends warnings to you the minute they happen, not just once a day like the competition. It does all this while preserving reasonable privacy for your kids."
2.7
Score
Popularity
Activity
Freshness
Access Advisory Services