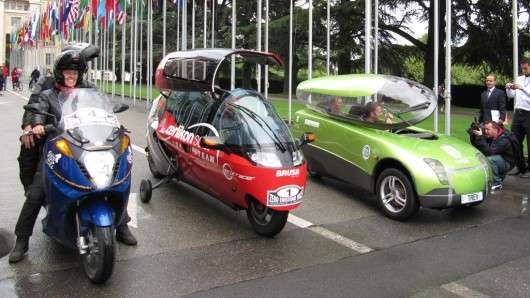 Only Three Teams will Take Part in Zero Race 2011

manzil — January 28, 2011 — Eco
References: zero-race & gizmag
Only three out of five teams will participate in the coming Zero Race held in Casablanca, Morocco, on February 16, 2011.

Zero race is all about to spread the popularity of small and eco-efficient vehicles, promoting individuals to make the planet greener and free from hazardous carbon-emissions.

The teams will travel through Gibraltor, Spain, France and finish their journey in Geneva's United Nations Palace on February 24, 2011. As reported by Gizmag, South Korea's Power Plaza Team couldn't make it due to delay, while Canada's electric 1972 VW Beetle opted to stay out of the race.
2.6
Score
Popularity
Activity
Freshness