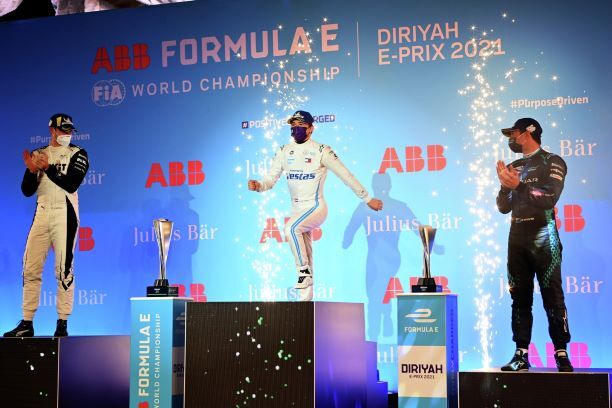 Glenn Mandel — April 7, 2021 — Autos
References: dgda.gov.sa & jalopnik
Share on Facebook Share on Twitter Share on LinkedIn Share on Pinterest
Formula E, the all-electric ABB FIA Formula E World Championship, will light up the streets of Diriyah, Saudi Arabia for the third year in a row at the UNESCO World Heritage Site At-Turaif. The night race is the first time any motorsport race has attempted to use high-performance, sustainable, and fully renewable LED lighting technologies.

As part of Vision 2030, seven square kilometers of iconic Diriyah will be transformed into one of the Kingdom’s most prominent tourism destinations, called Diriyah Gate. Drawing on the region’s rich past, Diriyah Gate will reflect the Najdi architecture of 300 years past, newly adapted for 21st-century living. The development, upon completion, will feature an array of world-class cultural, entertainment, retail, hospitality, educational, office, and residential areas. This includes more than 20 cultural attractions, over 20 hotels, and hundreds of places to dine.

In addition, the project includes a series of outdoor plazas as well as a 3km escarpment walk that offers views across the historic Wadi Hanifah. Diriyah Gate will comprise the Kingdom's most walkable collection of heritage and culture offerings and one of the Kingdom’s largest lifestyle shopping destinations. The premier cultural and lifestyle destination will be home to a population of 100,000 and is set to attract 25 million visitors annually as a place to gather, explore, shop, dine, live and work.
5.7
Score
Popularity
Activity
Freshness
Get Better and Faster