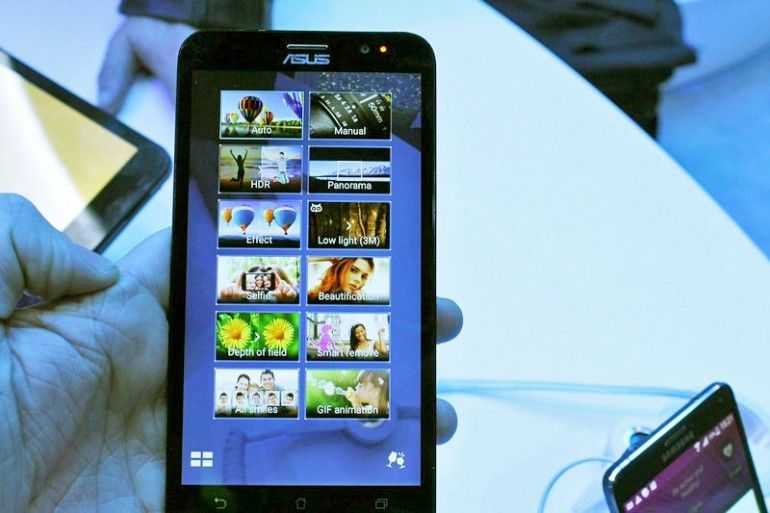 Rahul Kalvapalle — January 13, 2015 — Tech
References: press.asus & gizmag
The ZenFone 2 Android smartphone was unveiled by Asus at CES 2015 and managed to stand out among the field of smartphones, which is no mean feat.

This smartphone is powered by a 2.3 GHz 64-bit Intel Atom processor with either 2 or 4 GB of RAM, the latter version about as powerful as some laptops. Despite these specs, the phone is priced extremely competitively and will start at $199 with 2 GB RAM and 16 GB of RAM.

In terms of design, the ZenFone 2 features elegant curves that taper to thin edges, as has become the trend in smartphone designs. It is equipped with Gorilla Glass 3 and anti-fingerprint coating that is supposed to reduce friction.