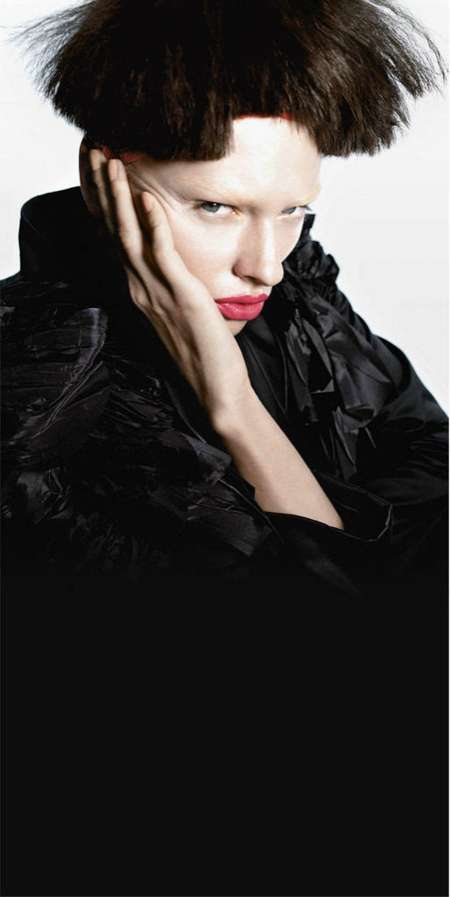 Souzan Michael — January 24, 2012 — Pop Culture
References: anneofcarversville & fashnberry
Share on Facebook Share on Twitter Share on LinkedIn Share on Pinterest
The Yuliana Dementyeva Tush Magazine photo shoot is one of the most intense and spectacular fashion editorials of the season. Shot by famed photographer Armin Morbach for the Winter 2011 issue of the magazine, Dementyeva is a stunner in this gothic-inspired, dark and dramatic shoot.

The gorgeous 19-year-old Ukrainian model is known for her long blond hair, pale skin, and gorgeous bluish-gray eyes, but in the Morbach-shot editorial titled 'You're a Big Wig,' she trades in her eastern European looks and opts for short, candy-colored wigs, outrageous makeup and a badass nose piercing.

Styled by Ingo Nahrwold, the Yuliana Dementyeva Tush Magazine photo shoot is one of the most intensely fierce fashion editorials of the season and will surely get people talking about the up-and-coming model.
2.9
Score
Popularity
Activity
Freshness
Get the 2021 Trend Report FREE