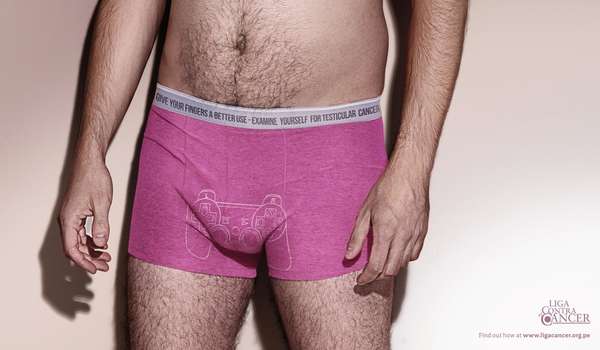 This Awareness Campaign by Y&R has Testicular Fortitude

Some may recall that Y&R is the firm responsible for the ‘Interbest Outdoor’ campaign. This campaign centered around ads on billboards that prominently displayed the torsos of obese people. As time went by, clothing would be stripped away, making the tagline, “The sooner you advertise here, the better,” quite poignant.

In the same vein of wit, the agency has produced advertisements that focus on the midsections of men wearing only their boxers. In each ad, the underwear features a decal of a video game controller, cellphone or some other electronic device. It is implied that radiation near the crotch increases risk of testicular cancer. Along the waistband there is a plea for men to check themselves before they wreck themselves.