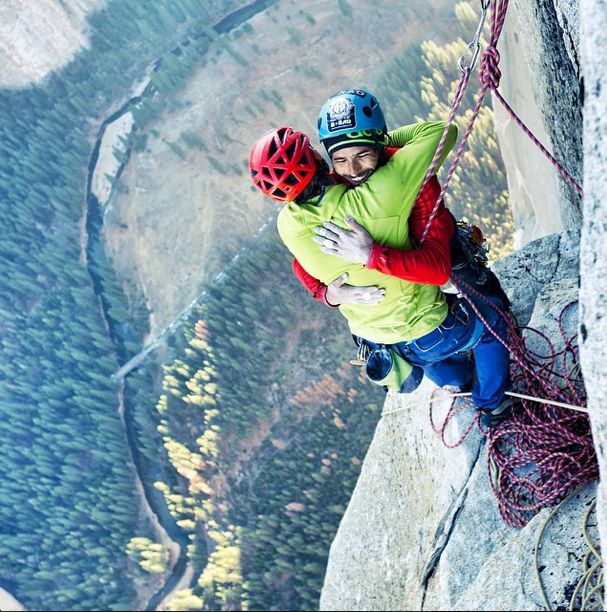 The climbers scaled the wall, which spans 3,000 feet, after a perilous journey that required 19 days of sleeping in tents, and ripping their hands and feet to shreds using a free climbing technique.

The entire journey was captured on camera by photographer Corey Rich, and the two climbers had a strong social media presence throughout. As they neared their goal, Jorgeson tweeted, "This is not an effort to 'conquer.' It's about realizing a dream."