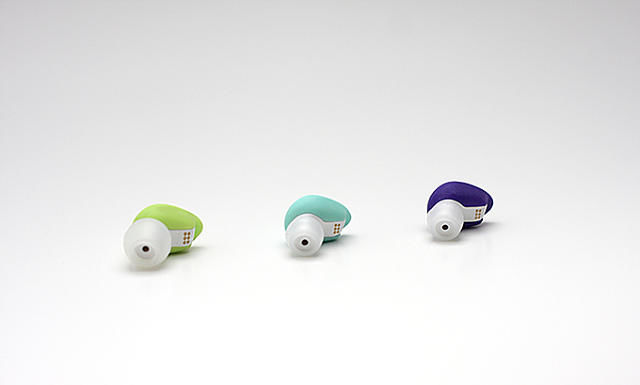 Ady Floyd — August 10, 2015 — Tech
References: kickstarter & fastcodesign
Share on Facebook Share on Twitter Share on LinkedIn Share on Pinterest
Yono Labs designed a high-tech, in-ear, temperature-tracking device that monitors a women's basal body temperature. The basal body temperature will indicate when a woman is most fertile. The device is called the 'Fertility Friend' and measures the body's core temperature, which reveals the most accurate way to determine female fertility rates.

This app-connected wearable continuously monitors the user's temperature through the wearable thermometer that is placed inside their ear. This high-tech device from Yono Labs works best in the morning after being worn during a full night's sleep. When used regularly, the wearable device will convey information to the data-tracking app. Over the course of a month, there is enough data to present when the user is most fertile.