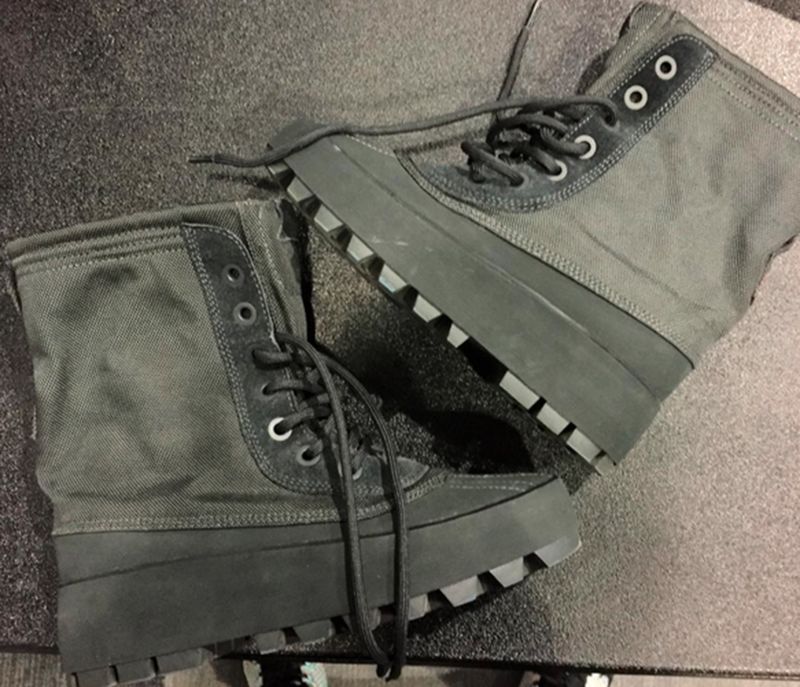 Kanye West's fashion brand has come to have a large and dedicated following, and his shoe collaborations are especially successful. The Adidas Yeezy 350 Boost reportedly sold out 12 minutes after its online release. The resale value of a pair of Nike Yeezy 2 Red is $3,350.

The latest creation in the line of Yeezy shoes is the Yeezy 950 Boot, which is a functional-looking yet stylish piece of footwear. Components of the Yeezy 950 include a canvas and nubuck upper and a thick, protective rubber outsole. The only colorway released so far is an all-black version, which makes the Yeezy 950 very wearable and emphasizes the interesting oversized elements of the shoe: the chunky rubber detailing and wedge-like sole.
4.9
Score
Popularity
Activity
Freshness