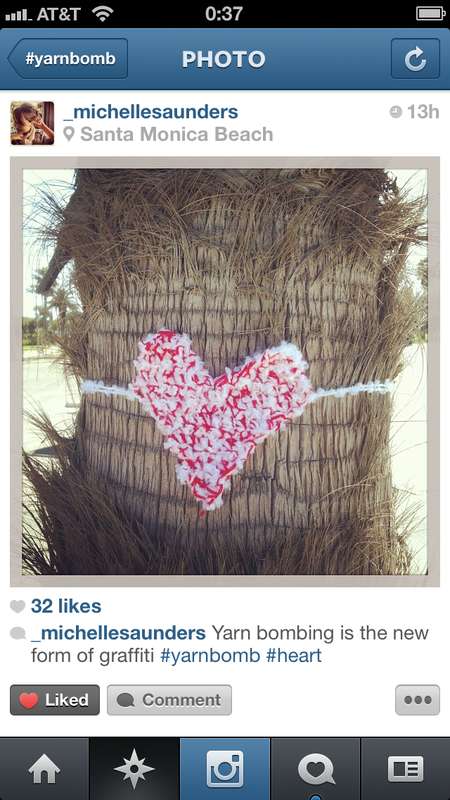 Vasiliki Marapas — September 7, 2013 — Art & Design
References: instagram & huffingtonpost
Share on Facebook Share on Twitter Share on LinkedIn Share on Pinterest
Brooklyn artist London Kaye O’Donnell is taking a different approach to graffiti: instead of your typical spraypaint, she’s decided to use yarn. The practice -- which the Huffington Post refers to as ‘yarn-bombing’ -- is not necessarily a rarity in New York City and the surrounding area. For instance, other artists such as HOTTEA, Olek and Juliana Santacruz Herrera have dabbled in the yarn-treatment of graffiti.

However, O’Donnell’s crocheted use of the yarn is what sets it apart. O’Donnell’s creations vary from creative to downright adorable: she has crocheted little yarn-booties for an NYC garbage can, for example, that are way cuter than one might initially imagine, and has also created little yarn sweaters for the public telephones. How precious!

Graffiti has always been a cultural practice, and it’s very interesting to note how it evolves and changes with each artist. Catching a glimpse of O’Donnell’s work is sure to brighten your day -- especially as the cooler weather is fast approaching in many parts of the world.
2.3
Score
Popularity
Activity
Freshness
Get Better and Faster